London and Washington, D.C. 12 March 2018: Pioneering NewSpace company, Satellite Vu, is preparing to provide a disruptive service to those who tackle critical global issues. Earth observation has become a key part of environmental monitoring, delivering a wealth of information using combinations of sensor data and high resolution imagery. Satellite Vu is poised to transform this market through the launch of unique and ground-breaking satellites that will deliver infrared imaging and hourly re-visit times, both day and night. 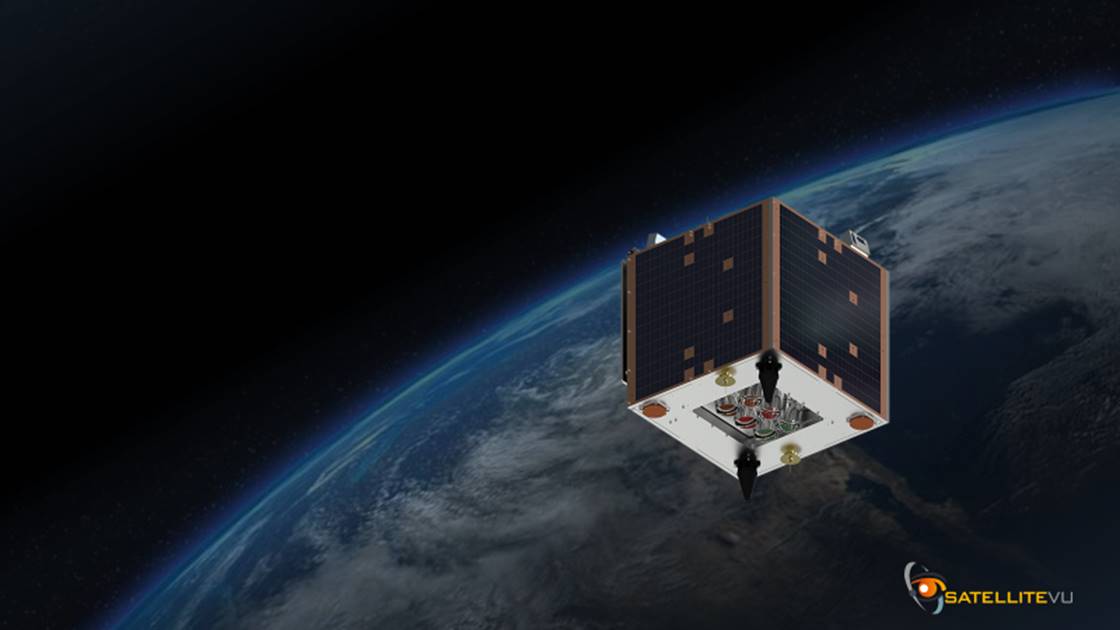 Our planet is facing enormous global stresses that affect us all. In the last decade, we have produced more plastic than in the entire 20th century and plastic constitutes approximately 90% of all waste floating on the ocean surface. According to UNESCO, excessive nutrients from sewage outfalls and agricultural runoff have contributed to the number of low oxygen (hypoxic) areas known as dead zones, where most marine life cannot survive, resulting in the collapse of some ecosystems. Piracy, arms smuggling, people trafficking and illegal fishing are conducted by clandestine ships that are currently hard to detect and identify. In 2017, there were 180 incidents of piracy at sea, putting thousands of seafarers at risk, and there are numerous occurrences of arms and people smuggling. Other issues related to population, natural resources and conflict are all matters of global concern, yet these occur prevalently in areas that are currently barely monitored by space-based systems.

“At present, methods used to monitor the Earth; shipborne, airborne or via satellite, are expensive, do not offer enough detail and are not able to deliver data 24 hours a day,” explains Anthony Baker, CEO, Satellite Vu. “Satellite Vu is poised to change this with affordable, near real-time data. Our theory is that if we can detect plastic, pollution and pirates, governments can take action to solve the problem. By measuring the debris in our seas we can determine its origins, whether the problem is escalating and where it ends up. This is not about naming and shaming countries, it’s about education based on science and technology.”

The dual use of the satellites also means that along with environmental monitoring, commercial users can also benefit from the business insights delivered by the system and all-day competitive analysis. Sectors such as forestry can use data for the early detection of fires, traders can monitor industrial production and governments can carry out pattern of life analysis to determine how they can best serve their citizens.

“Using cutting-edge technology, Satellite Vu is looking forward to delivering transformative information that will enable users to see our world in a unique way and in more detail than ever before,” continues Baker. “By using the incredible technology we have created for the good of the planet, we are providing the facts for our leaders to make the world a better place for future generations.”

Satellite Vu will announce its funding arrangements shortly. The Company is currently engaged in the collection of seed investment through crowdfunding. Please visit: http://www.justgiving.com/crowdfunding/oceanlitter to find out more and donate.

“This seed money won’t buy a whole satellite but it will get the ball rolling,” says Baker. “We intend to find matching funds from grants and investors for any seed funds we raise. The funds will be used to create a sustainable business for a sustainable planet. We will become self-funded through the commercial applications of our technology, so we won’t be forever asking for donations. But in the meantime we need some help from the public. This is more than a simple donation. It is an investment in our Planet,” he concludes.